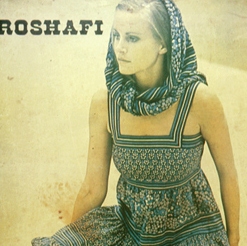 Ritu Kumar is the largest & most respected designer-wear brand in India today. Since 1969 she has developed a unique style of her own, reflecting the ancient traditions of Indian craftsmanship in a contemporary vocabulary. Her understanding of ancient designs and the innovative use of traditional crafts has created a new classicism. The company is renowned for its distinctive use of colors, quality of fabrics, intricate embroideries and a gloriously rich Indian aesthetic.

Mrs. Kumar became the first woman to introduce the 'boutique' culture in India under the brand name 'Ritu'. Her work is constantly evolving within an aesthetic which is sophisticated both in the eastern and western sense, with each of her collections making a contemporary statement in a fast-changing modern India. The designer brand Ritu Kumar has been retailing in Europe and India since the 1970s. The products include couture, formal prêt accessories and a fashion-forward sub-brand called LABEL, Ritu Kumar.

Ritu pioneering work in reviving master craftsmanship has earned her several accolades including the French Honor "Chevalier des arts et des letters", a knighthood was awarded to her by the French government in recognition of her contribution to Indian textile crafts and her interaction with the French fashion world.

She has also been graced with 'Indira Gandhi Priyadarshini Award' for her achievements and contribution in the field of fashion. Mother Teresa, Birju Maharaj, Pt. Hari Prasad were previous recipients of this prestigious award.

Costumes and Textile of Royal India 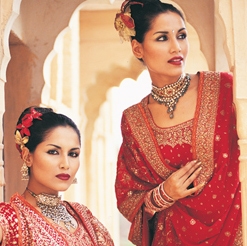 In October 1999 Christie's of London published Ritu Kumar's book "Costumes and Textiles of Royal India" a definitive chronicle of the history of India's royal patronage to textile arts down the centuries starting with the historical context of Mohenjo Daro to the present era of vintage royalty. The book is an academic fashion history text which has become a key reference for its field in India.